With Media Barter you exchange a diminished or unwanted assets for a Media Trade Credit that can be used to help offset the total cost of a planned media spend. Here is an example.

You have an asset that has diminished in value and currently has a substantially less Fair Market Value.

How do you reclaim the lost value?

You have an asset on your books valued at

But the current Fair Market Value is only

How do you recapture the lost

The diminished asset is purchased by us in the form of a Media Trade Credit in an amount equal to the value on your books, restoring $800,000 of lost value. Included in the purchase agreement is your historical media plans and expenditures.

You receive a Media Trade Credit for $1 million ?

Your current planned media spend is

The Media Trade Credit can now be used to offset the costs of your planned media buy. You pay $4 million and the asset to generate $5 million in advertising.

Minus the Media Trade Credit received

Use your surplus assets to fund your planned and budgeted advertising.

as payment for surplus assets.

up to the full book value for your assets.
(Typically, we pay between four and five times the cash liquidation value!)

Use your trade credit

Benefits of Working With Net Trade

Partner with Net Trade and get…

for your surplus assets

sell all of your surplus assets

For many years, a client in the live family entertainment industry ran a promotion offering a free disposable camera with the purchase of tickets, allowing the audience to capture the event on film. Customers loved it, so it was very successful. Over three million cameras were given away.

However, in recent years, mobile phones have all but replaced film cameras. The client had 188,000 remaining cameras that were about to live up their name and become disposable. Film also expires, and these units were fast approaching their end date. 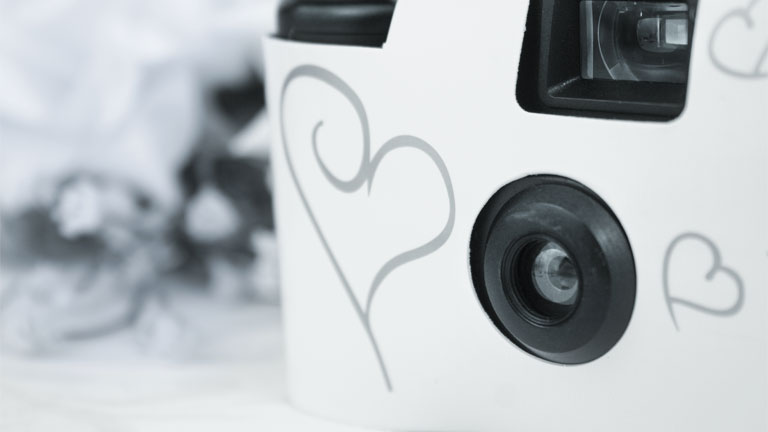 Situation: An entertainment company had run a very successful promotion that offered a disposable camera to every customer that purchased tickets for a live event that was touring nationally. At the end of the tour, the client had 20,000 cameras remaining.

Challenge: With the increasing popularity of smartphones, the market for disposable cameras declined rapidly. To further complicate things, the cameras also featured the logo of an internationally-recognized brand on a cardboard cover. Before the cameras could be distributed in any manner, that logo had to be removed, and the cameras repacked generically.

Solution: The cameras were delivered to our warehouse where a temporary staging area had been set up. Our team exhaustively tested different heat applications to determine the best way to remove the branding without damaging the cameras. After numerous tests and about 1,000 destroyed cameras, we finally figured out a process that worked and was approved by our client. The cameras were then repacked and sold to event and party planning companies to use at events such as weddings. Many of the event planners were located outside of the United States.

Think you won’t be able to unload your inventory because it’s too big, or too perishable, or just too difficult? We’ve probably handled it – or something very much like it – before! We have decades of unique experience, and there’s little we haven’t done.