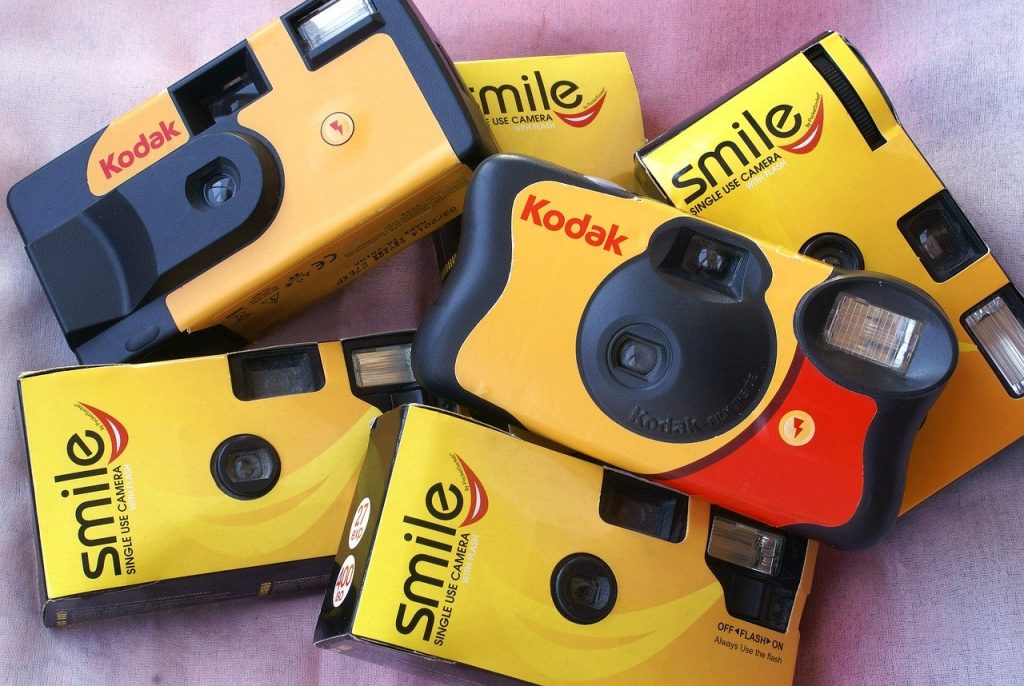 For many years, a client in the live family entertainment industry ran a promotion offering a free disposable camera with the purchase of tickets, allowing the audience to capture the event on film. Customers loved it, so it was very successful. Over three million cameras were given away.

However, in recent years, mobile phones have all but replaced film cameras. The client had 188,000 remaining cameras that were about to live up their name and become disposable. Film also expires, and these units were fast approaching their end date.

WE CAN DO HARD THINGS

Do you remember getting film developed? You had to drop off the roll of film or the entire disposable camera at CVS (or Photomat!), then wait to see how the pictures looked. Our remarketing challenge was finding a niche market for disposable film cameras – or scrap the units, harvesting only the tiny amount of precious metals within the camera and flash assembly.  Recycling is a closeout person’s way of reducing the loss.

Any potential resale of these obsolete giveaways was further complicated by the wrapping around the camera, which featured licensed characters from some of the most iconic animated films ever. Our client could not resell the cameras in a retail setting. The characters and any trademarks had to be removed.

After three decades in barter, we’ve dealt with all kinds of challenges and our clients have come to recognize that “We Can Do Hard” – and we can. What we really wanted to do was find a way to remove the wrapping and salvage the cameras. We tried a few methods and destroyed a bunch of cameras. Through trial and error, we learned that, with very careful application of a heat gun, the wrapping can be removed without damaging the camera.

By removing the branding from the cameras, we were able to remarket them to party planners in certain regions of the US and Central America who still used disposable cameras at events like weddings.

Mr. Rogers (yes that Mr. Rogers) would tell us that if we could mention it, we could manage it.

Ask us about your most challenging asset and inventory issues.  We have the expertise and experience to manage it.